Should it be possible to have it both ways? Why is voting so one-sided in America?

In this episode I explore a few examples of countries who DO have it both ways, and why we should too. You can find the epsisode here on this site or over on any other podcast website. Enjoy!

Here’s the link: Time For A Change

“Congress, as we know it today in America is divided between the House of Representatives and the Senate. Often, sometimes not, they play opposite roles. But what if instead of just focusing on one president, we had two from opposing roles that would rotate every year? Let’s look at some examples from other countries who have done this, and they refer to their collective presidency as a presidium.

Switzerland, one of the most notable examples on this list contain a group of members consisting of seven people known as the Swiss Federal Council. Each person elected from this group is granted a one year term of presidency with rotational presidency, meaning they take turns every year.

Bosnia holds a three person group, one from each party meant to ensure equality, which together, they also serve four years.

San Marino has a captain’s reagent, where two opposing members are the Presidents again, for equality. And San Marino happens to be one of the oldest examples, because they have been doing it this way, since 1243.

But that’s just a few examples. Many people wonder, will this style, if implemented by America as well will create more conflict. That is a possibility. But in reality, having them together will lessen the belief that nothing is equal, civilians won’t feel as divided. Because as the saying goes, divided, we fall, United we stand. So I believe this will change the dynamic in such a way that will promote unity and bring about a mature way of fully understanding both parties. Everyone likes being able to have a choice, and to be heard. And with how divided voting is today, it creates conflict amongst us very citizens, because one side will always hate the other side if they win. And this type of voting, I’m suggesting, as done by many other countries will essentially please everyone, because then we know that both sides have an equal voice no matter what. And not only that, but there are many people who agree with one side about certain things, and the other side about other things. So it’s not fair to make people choose between the lesser of these two simply for the sake of a vote. Take me as example. I am torn between them. Because both sides have things that I agree on, and other sides not so much like there’s certain things that I just don’t agree with on both sides.

So would it be possible to see this happen in America? To be quite honest, probably not, unless enough of us, like get together and demand to see it happen. But I’m starting to fear that the government is more concerned with keeping us divided in fighting amongst ourselves as if we were just one giant reality soap opera TV show, rather than actually creating a unified nation. But that’s just my opinion.

I’m more interested in hearing your guys’s opinions, because this is a topic that really needs to be pressed upon. Because we need to be able to have it both ways. Just to create some type of equality, the equality that we’re all fighting for every day. Well, this has been Hero’s Angel here on Break the Bull. But remember, peace out. Stay vocal.” 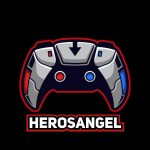 Owner of Break the Bull. Blogger and Dreamer. But most importantly, a Fighter and Survivor. Show your Support here.

Owner of Break the Bull. Blogger and Dreamer. But most importantly, a Fighter and Survivor. Show your Support here.

This site uses Akismet to reduce spam. Learn how your comment data is processed.

Check Out The Latest Episode Here

Setting things straight one episode at a time. Cutting the bull out of everyday beliefs and tropes. Why? Well…

Listen OnSpotify
Ep. 22: Is It Ego Or Self-Respect?

Ep. 22: Is It Ego Or Self-Respect?
Search Results placeholder

Donate
You cannot copy content of this page
Manage Cookie Consent
To provide the best experiences, we use technologies like cookies to store and/or access device information. Consenting to these technologies will allow us to process data such as browsing behavior or unique IDs on this site. Not consenting or withdrawing consent, may adversely affect certain features and functions.
Manage options Manage services Manage vendors Read more about these purposes
View preferences
{title} {title} {title}
%d bloggers like this: